It has been a wild few weeks for Bitcoin and cryptocurrency. From rumors of regulations, Bridgewater Associates investing in Bitcoin, to rumors of Russia perhaps accepting Bitcoin for energy payments. On the charts, Bitcoin has had 8 green days in a row from March 22nd to the 29th.

Readers were given the heads up on the Bitcoin breakout on March 23rd. Not just Bitcoin but also Ethereum, Litecoin, Bitcoin Cash and Doge which technically, still look great.

Earlier this week I wrote about Bitcoin confirming our major breakout trigger. Occurring at the same time US stock markets were recovering. This is important as both stocks and cryptos are risk on assets. Cryptos will follow movement in stocks. Very relevant as we were expecting a crypto pullback, which funnily enough, coincided with a retracement in stock markets. If what I say is true, then we should be expecting a nice bounce in both.

Many Bitcoin bulls have been talking about a huge level at $48,000. Some see this as resistance, but there is actually a very popular technical indicator that was tested at that price zone. I am speaking about the 200 day moving average.

When the price is just about to cross over the 200 day moving average, it is a big deal. You have many technical analyst eyes on it, and word will spread via financial media coverage. Expect a lot of action.

What comes next? Well, I still remain bullish on overall market structure. As you can see from today’s daily candle, Bitcoin price is retesting our breakout zone at $44,000. Very good bullish price action right now with the large wick providing evidence that buyers are stepping in here. Yours truly may have also taken a position through CFDs. 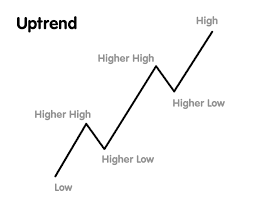 What we are now watching for is a higher low. To confirm this higher low, we actually need a higher high. This means Bitcoin must take out recent highs at $48,000. Therefore, those that are bullish Bitcoin, expect price to cross over the 200 day moving average. It would be a huge technical sign, it would also get the financial media talking, and many investors will see this as a super bullish sign.

Our price targets remain around the $51,000 zone, but a 200 day moving average cross over means that in the intermediate term, and I mean perhaps near the end of 2022, we will be at prices above $60,000. I have even seen some bulls come out saying over $70k Bitcoin by the end of the year betting on inflationary pressures. Perhaps. If I am correct and Bitcoin is a risk on asset, then it will move up with stocks especially if you price in the Fed having to reverse policy because of a recession. Yield curve inversion anyone?

It’s not just Bitcoin testing the 200 day moving average. Ethereum did too. Note today’s candle. The retest is seeing very nice buying. A strong green candle like this is what we hope to see on Bitcoin as well. Ethereum’s higher low could actually be confirmed today or over the weekend.

Things look bullish but it would be wrong to not talk about the bearish case. If both Bitcoin and Ethereum reverse and close below the retests zone, that would be a bearish sign. It would confirm a false breakout, or a fake out. Let’s hope that will not be the case going forward.

The post Bitcoin hits and drops at critical level. Here’s what comes next appeared first on Equity.Guru.